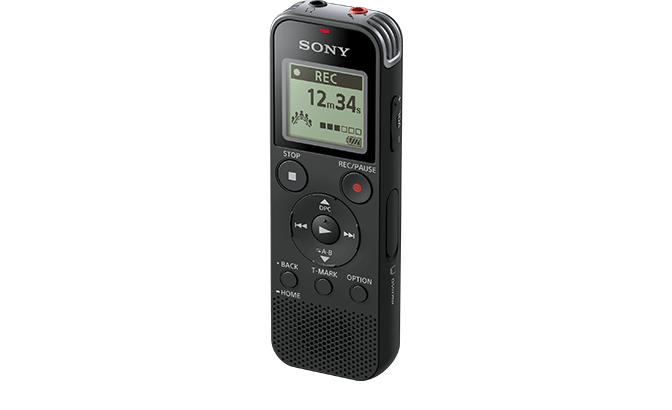 The Little Things project is led by the Farnham Street Neighbourhood Learning Centre in partnership with Meaningful Ageing Australia[1]. It will culminate in a unique set of evidence-based training materials to assist personal carers from culturally and linguistically diverse (CALD) backgrounds to build a relational bridge with the older people they are supporting.

The project now has a rich body of data that demonstrates some wonderful models of best practice cross cultural communication. The data was collected via interviews with staff in aged care homes, and recordings made by Personal Care Assistants (PCAs) from CALD backgrounds as they interacted with older people in the course of their daily work.

The data clearly shows how CALD PCAS can effectively connect with an older person as they go about their practical tasks, and manage some of the common challenges inherent in their line of work. This article will outline the rationale and the methodology for the research activities used in The Little Things project. The second half of the article will explore an example of just one of the recurrent themes that emerged from the study of the recordings made by one of the partnerships of an older person and a CALD PCA: the theme of dying and death.

The Little Things has employed applied linguistics research methodologies at participating aged care services[2] and Learn Local Registered Training Organisations (LLRTOs)[3]. The training resources include six short films (with actors) and classroom-based activities. They are due for an initial trial later in 2019. The feedback from these trials will be used to improve the resources and for evaluation purposes.

Background to the research methodology

People from different cultural and linguistic backgrounds often draw on different expectations of what is appropriate communicative behaviour. We are often unconscious of these expectations (Yates, 2010) and  as Yates (2010) points out, our intuition is often inaccurate when it comes to knowing how social norms differ across cultures. We may expect these norms to be the same as those we learnt in our mother tongue and can have difficulty in noticing where the differences lie and how to respond to those differences (see Riddiford and Holmes (2015) for a summary of research in this area). For adults to acquire appropriate social communication skills in a second language, they generally benefit from having their attention overtly drawn to those linguistic features (Riddiford and Holmes, 2015).

In order to create models of best practice communicative behaviour between CALD PCAs and older people, the Little Things team collected recordings of interactions from participants in the workplace. In the field of applied linguistics, the collection of ‘natural data,’ or data that demonstrates how people use language in authentic contexts is considered to be the ‘gold standard’ of data for use in the study of pragmatic language (Taguchi and Roever, 2017). It requires naturally occurring interactions to be collected with minimal interference from the researcher.

Taguchi and Roever (2017) have pointed out, however, that the collection of natural data has its drawbacks. Firstly, in order to obtain the data in an ethical manner, the participants in any recording must have given informed consent for it to be collected. The consent collection process will inevitably result in some degree of inauthenticity to the data as the participants will have some awareness of being observed. Secondly, the quantity of data collected can be cumbersome to manage. The reward, however, is the collection of closer-to-authentic samples of language in use than simply relying on intuition.  It can also reveal other aspects of communication that the participants may not have been aware of using.

In the collection of data for The Little Things, both the abovementioned drawbacks proved to be correct but, on balance, were not insurmountable problems. Ultimately, they were worth the effort, as the features of these interactions have provided a rich source of data for the training materials development.

The research activities included interviews with PCAs, managers and trainers; observation of the CALD PCAs working in aged care homes and the collection of audio recordings made between older people and PCAs. The research has produced a large amount of complex and extremely rich data. The collection of recorded interactions between the older people who volunteered to join the project and the PCAs was the most complex aspect of the project to manage, but also yielded some of the most revealing data that demonstrated the nuanced and complex nature of how practical care can be offered in a relational context.

This research took an appreciative inquiry approach, which meant that it explored how a person’s strengths and successes led to the best outcomes between people and across an organisation of community (Cooperrider, 2005). In the context of The Little Things, this involved recruiting CALD personal carers who were nominated by managers or older people as good at their job. This meant they were recognised for not simply being efficient in managing practical tasks, but they also established meaningful connections with the older people they supported.

Without a doubt, the most unique and challenging aspect of this project has been the collection of recordings between the nominated CALD PCAs and the older people they support. These PCAs wore a small audio recording device strapped to their arm as they carried out their regular care activities with an older person who volunteered to participate in the project. Both the PCAs and the older people who participated in the observation and recording phase were required to sign a consent form. Verbal consent was again collected prior to the recording device being switched on. The device was clearly visible on the PCA’s arm. Either participant could decide to turn off the device at any time.

To combat the inevitable self-consciousness this process would have caused, the PCAs were asked to collect the recordings over three consecutive shifts. No restrictions were placed on the length of the recordings.  Once the three shifts of recordings were completed, the research teams collected the devices. The downloaded data was transcribed and qualitatively analysed to identify models of pragmatic language features. We were looking for examples that best demonstrated how rapport could be established in the context of practical care-giving. This analysis was informed by relevant peer reviewed research.

Insights and unexpected revelations –  talk about dying and death

The payoff of collecting these more authentic recordings was in the collection of some of the less expected or unconsciously produced data. An example that illustrates this situation is described below.

We asked participants about the challenges a PCA regularly faces in the course of their interactions with older people. This resulted in an extensive list including: management of people with symptoms of dementia; responding to people’s mood fluctuations; balancing people’s dignity of risk with their duty of care; and managing the politics of relationships within an aged care home. Only one PCA mentioned dealing with dying and death as a challenge she faced in the course of her work.

Despite this, dying and death was a theme that emerged in the recordings and appeared consistently in at least one set of recordings. This occurred between an older woman, ‘Ewa’[4] and her regular carer, ‘Idha’.[5] Ewa was a woman in her 90s originally from Poland and survivor of a Nazi concentration camp. Idha was from a CALD background and had been caring for Ewa for several years as a result of the home’s consistent assignment model. Idha did not identify dealing with dying and death as one of the inherent challenges of her job during her interview. It is clear from the samples discussed below, however, that her relationship with Ewa presented her with numerous communicative challenges in this context. These conversations about dying and death between Ewa and Idha appeared in relation to  Ewa’s grief for family members who had died, Ewa’s contemporaries dying in the residential home and Ewa’s awareness of her own impending death.

Reflections on the deaths Ewa has experienced in the past

Ewa appeared to frequently share the trauma of the loss she experienced in her past with Idha.  On more than one occasion Idha pointed out to Ewa that she would “get stressed out” if she thought about this too much. Idha would balance her response with empathy (I understand that) and an attempt to deflect in order to steer Ewa away from reliving the trauma.

The last line in this excerpt demonstrates both Idha’s empathy for Ewa’s feelings and also shows the depth of their relationship through acknowledgment of their shared history. Idha has clearly heard Ewa express this before.

Their shared history and bond was also expressed through their shared experience of loss following the death of other people they had both known in the residential care home:

Their bond appears to be strengthened by their shared understanding of the triggers that evoke these memories of the people they have both known and lost:

The inevitability of the eventual death of the residents in the home was pointed out by Ewa when she saw another person sitting out in the loungeroom:

The inevitability of death

Ewa’s awareness of her own impending death was also a recurrent theme that could appear to be more of a challenge for Idha than Ewa.  In the extract below Ewa appears to welcome her eventual death while Idha attempts to deflect Ewa from dwelling on this thought:

The discourse marker, “Ohhh,” demonstrates Idha’s acknowledgement of Ewa’s expression of her preparedness for the end of her life.  Then she deflects this train of thought with: ”Well, because…”and steers Ewa back to the practical and immediate considerations and the responsibility she has to encourage Ewa to maintain some degree of activity, “Don’t lie down on the bed all the time.”

The recordings between these two demonstrate the depth of their relationship. There is frequent use of acknowledgement of shared history, knowledge of each other’s personal circumstances and history, informal language and even humour. All of these are indicators of a close social relationship. It is therefore a fair assumption to make that Idha would have her own feelings to contend with at the thought of Ewa’s death. This is demonstrated below when Ewa associates her impending death with a negative sensation and Idha uses her voice and the discourse marker “Oooh” to convey her own rejection of this thought:

Underlying these conversations is the inevitability of Ewa’s death and the inescapable grief Idha will experience for the woman she had been giving the most intimate care to over the course of several years.

This short exploration demonstrates how just one important theme has emerged from this data. It has also revealed something that even a key participant was unaware of. It is one example of the complexity of the social communication and emotional support that occurs between a PCA and the older people they support. This communication operates within the most intimate of contexts and is the starting point for spiritual care. Despite working in a society that differs from her culture of origin, Idha, the PCA, has been able to establish a relationship of such depth and mutual respect with Ewa that the intimate topic of dying and death can be readily raised. It is also a clear demonstration of the complexity of work each PCA is undertaking, and the importance of offering them suitable traning and support for this valuable work.

Read an overview of the project here.

[1] The Little Things project is led by the Farnham Street Neighbourhood Learning Centre in partnership with Meaningful Ageing Australia. The project is supported by the Victorian Government and runs from June 2018 to June 2020.

[4] Pseudonyms have been used for all research participants

[5] Pseudonyms have been used for all research participants