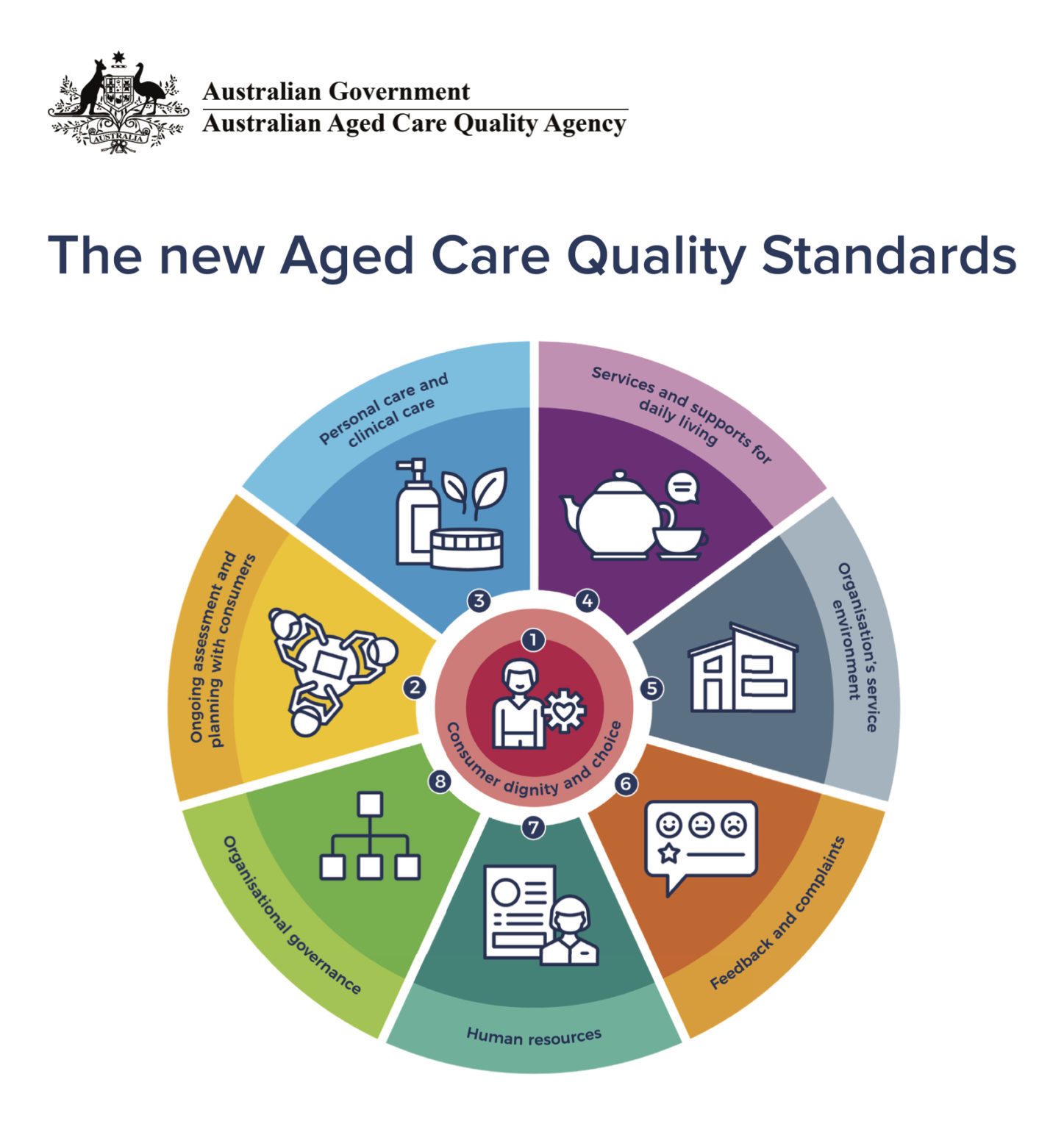 A spiritual care approach, which is enabled by implementation of the National Guidelines for Spiritual Care in Aged Care and our other resources, connects at numerous points with the Standards, including but not limited to:

NB: When referring directly to the Quality Standards we use the word ‘consumer’ as this is the language used in the Standards.

This 2 minute video gives a short overview of some key spiritual needs of older people. We see that basic spiritual care is part of all roles and is not about ‘more work’ but ‘the way you work’. This is core to the National Guidelines for Spiritual Care in Aged Care.

Our second 2 minute video describes the five domains of spiritual care found in the National Guidelines for Spiritual Care in Aged Care.

Access five short animations to help your organisation with spiritual care in the Quality Standards via our resources portal here. These build on our original two, launched with the National Guidelines for Spiritual Care in Aged Care.

The National Guidelines for Spiritual Care in Aged Care “…provide a ‘welcoming and inclusive space’ for all; whether one undertakes their meaning making in a religious tradition or in any number of other ways. The Guidelines are agile in understanding the distinctions and links between meaning making, religious institutions and new ways of expressing spirituality.”

These have provided a welcome framework and point of reference from which to reorient and further develop the understanding and provision of spiritual care by our staff.

If you would like to purchase full colour printed copies, please use the resources portal.

The PDF is available free here.

Stay up to date with new supports and initiatives – anyone can sign up to free our monthly newsletter here.

Meaningful Ageing Australia is publishing a rolling series of practical tools and templates to assist our members with implementation, available for download free of charge here. For more information about membership, read here.

We have a wide range of practical resources to help you embed high quality spiritual care, Read more here.

This short videos captures some of the launch held on 9th August 2016. With thanks to SummitCare for their hospitality.

In 2008 Spiritual Health Victoria (SHV) began to work with the aged care sector and established an Aged Care Special Interest Group for those with responsibility for spiritual care in aged care in Victoria. The work of this group led to a growing awareness of the issues and challenges, the lack of consistent standards and practices and the need for education and training in the sector. SHV identified the development of guidelines for best practice spiritual care in aged care as an integral part of its strategic plan for 2009-2012.

In 2010 SHV developed a project brief and submission for the Victorian Department of Human Services (DHS) titled ‘Spiritual Care in Aged Care: the development of best practice guidelines for the provision of spiritual care for the aged care sector’. This funding submission was not successful as aged care was seen to be a Commonwealth responsibility.

SHV was successful in obtaining a small funding grant in partnership with Bendigo Health to develop education for staff and volunteers in residential aged care. Irene Nolan was employed and developed an education program which was piloted at one site in Bendigo.

In January 2011 SHV appointed a Manager – Aged Care and Community Services, Jacqueline Taylor, to progress the development of the guidelines, and to further develop and pilot the education program. The Spiritual Care in Aged Care Professional Development Program was finalised in 2013 after being extensively piloted across 13 aged care sites. This education program was seen as one component towards the development of best practice in aged care.
SHV submitted a funding application to the Commonwealth Department of Health & Ageing in 2012 for the National Guidelines project however notification was received in May 2013 that the application was not successful.

In 2013 SHV partnered with the national peak body Meaningful Ageing Australia (formerly PASCOP) to progress the National Guidelines project. Interim funding for the SHV Manager position was sought and provided by the Victorian Department of Health to enable time for additional funding sources to be identified. Numerous funding applications were developed and submitted over the 2012-2013 period but were unsuccessful in securing funds.

Endorsement for the project was received from a number of leading aged care organisations. A preliminary survey of industry indicated strong support for the development of national guidelines for spiritual care.

An Expert Advisory Group was established in August 2013 with membership from organisations including Leading Aged Services Australia, National Ageing Research Institute, the Australian Aged Care Accreditation Agency (later replaced by the Australian Aged Care Quality Agency) and Palliative Care Australia. SHV was unable to continue employment of the Manager – Aged Care and this position was discontinued in December 2013. The Expert Advisory Group continued to meet and revise the project plan with the objective to employ a Project Coordinator once funding could be secured.

In July 2014 a new funding application was submitted to the Department of Social Services with Meaningful Ageing Australia (formerly PASCOP) as project lead, SHV as project partners in collaboration with NARI, and Elizabeth Pringle as the Project Manager. This funding application was successful and March 2015 saw the commencement of a project to develop National Guidelines for Spiritual Care in Aged Care. The Guidelines were officially launched on 9 August 2016 by Nick Ryan, CEO of the Australian Aged Care Quality Agency.

The full text of the National Guidelines for Spiritual Care in Aged Care can be downloaded for free. 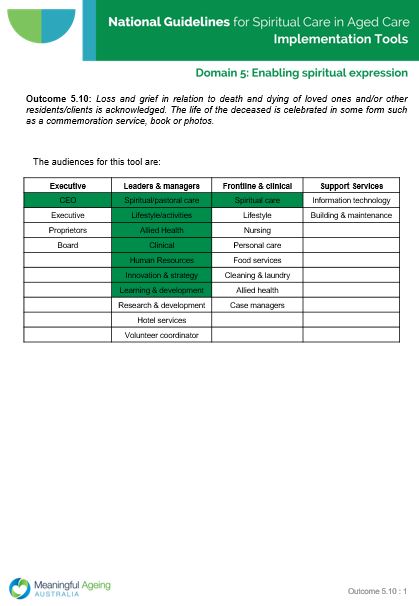 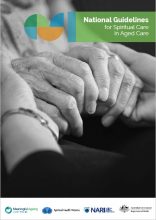