Map to find Meaning in Ageing 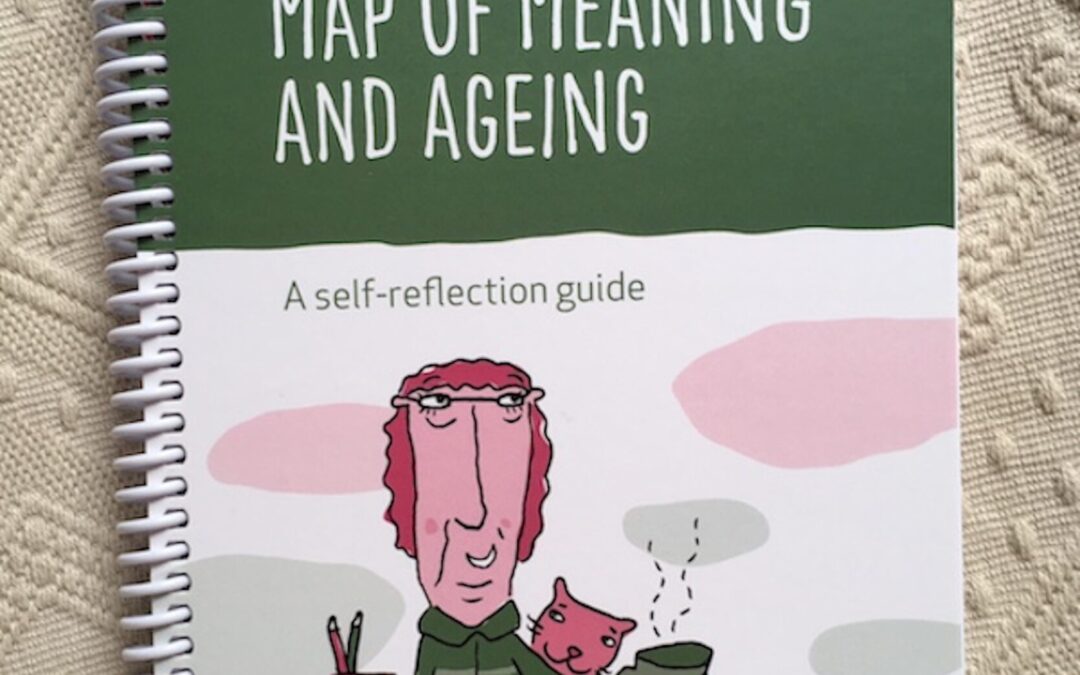 A new guide co-designed with seniors is the focus of a crowdfunding campaign by not for profit Meaningful Ageing Australia. The Map of Meaning and Ageing: a self-reflection guide, is the next phase for the organisation’s ‘See me. Know me.’ campaign, designed to speak back to ageism.

The guide provides an opportunity for individuals or small groups to work through the evidence-based framework, The Map of Meaning, in the context of getting older.

Ilsa Hampton, CEO of Meaningful Ageing Australia talks about her experience inviting people to engage with ageing. “What’s it like growing older in Australia?” I asked a group of 70 people aged between 65 and 85. Silence. Eventually, a lone voice from the back: “I’m not old!” This brought some laughter into the room. The group were part of a special event in our See me. Know me. campaign last year. The campaign was pitched at people over 65. We found our message of promoting older people as whole people, with a unique history and a future, resonated very strongly with the people we spoke with. This group was gathered for a high tea experience where we provided reflective questions to talk over. The feedback was very positive – we heard so much surprise and delight at the opportunity to reflect.

When preparing this guide, I recently asked people over 70 who are on our social media channels which they
prefer, if they had to choose: older person, senior or later life. One answer that came back quickly was, “I want to be called Trish” (name changed). This makes sense. We all want to be seen for who we are and not put into categories. And yet, being 65, 75 or 85 means you are at a different life stage to your younger years. This seems obvious but it speaks to the dilemma we have. In Australia it is uncomfortable to think and talk about ageing. Why would we resist being described as old if it was associated with wisdom, privilege, honour,  growth, experience, gift or potential? The resistance to being described as old is resistance to being  described as out-of-date, dependent, useless, falling apart, wilting.

“If nothing else, the pandemic has been a powerful reminder of the importance of inner strength and having a
sense of meaning is a major contributor to that.”

The Map of Meaning and Ageing: a self-reflection guide is currently under final review by a group of seniors who also contributed to the initial design. Content was written by Meaningful Ageing Australia using the work of Lani Morris from New Zealand, who is now in her 70s and has been using the Map with individuals and groups around the subject of ageing for the last few years.

Contents include: Daring to engage with ageing; Preparing to reflect; Introduction to the Map of Meaning;
Transitions of adult life; Thinking about your values; Unity with others; Expressing full potential; Integrity with self; Service to others; Inspiration; Tensions: being/doing…self/others; Daring to reflect on ageing; Collage: memory map; Preparing for a move.

The guide will be finalised, printed and distributed if the crowdfunding campaign is a success. Hosted on the
Pozible site, pledges are made then funds taken if the full target of $10 000 is met. Examples of pledges are $15 with ‘no reward’ or $25 which means you get a copy of the book. So far, $2 868 has been pledged.