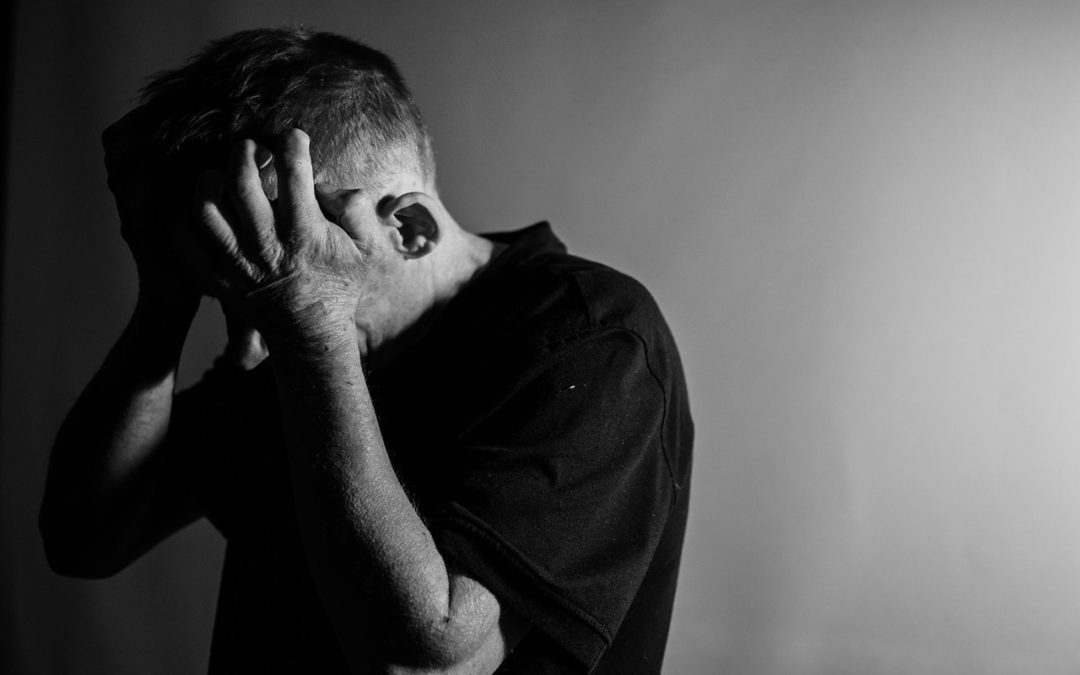 “We’re going to build a wall!” said some man recently, as though doing so will keep him safe. It’s obvious, of course, that walls not only keep threats out, but keep our own troubles in. Many men have built their own walls, keeping out threats that might expose their vulnerabilities, and keeping in their deepest fears.

And so it is with grief.

The ‘tough, unemotional, aggressive and independent’ man[1] is ill-equipped to embrace his own mortality and express his grief at the deaths of others; our gendered behaviours are constructed in ways that almost require us to protect ourselves from being judged as less than masculine.[2] In the past, open expressions of grief have been viewed as the business of women, not men[3] (with the exceptions of sanctioned public grieving, such as ANZAC Day).

Those of us in the Baby Boomer generation have witnessed changes in the world that fundamentally alter how we are socialised into our identity as men. Social structures that defined and shaped us have reduced in influence – including religious institutions. At our last census, we saw an 11% increase over the preceding decade of those reporting no religious affiliation, reaching 30% in 2016.[4] Of those who do, only about 16% attend church regularly.[5]  Interestingly, the 2016 Census states that ‘No religion includes secular and other spiritual beliefs’,[6] so many Australians report spiritual beliefs of some form, religious or otherwise.

Expressions of grief, then, are changing in ways that reflect these broader social changes. Think about some of the tragic deaths of Australian men – the Bali bombings, the Boxing Day tsunami, the Black Saturday bushfires, and the appalling incidence of suicide amongst young men. Each shows expressions of grief that are highly ritualised, but not essentially religious; for example, where multiple members of sporting clubs were killed, men would gather on sports fields, in circles in the surf, and in other places deemed meaningful without being ostensibly religious. In these places, we witnessed many men – particularly young men – openly express raw, emotional grief.

It’s time to recalibrate our understanding of grieving behaviours away from ‘masculine’ and ‘feminine’ expressions.[7] Rather, let’s think about grieving behaviours existing across a continuum from ‘intuitive’ to ‘instrumental’.  The intuitive griever navigates their loss emotionally, typically through connection with others, and talking to process feelings; they demonstrate outward expressions of grief. This is often characterised as ‘feminine’ grieving, but most of us can think of men who grieve this way. In contrast, the instrumental griever navigates their loss through mastery of emotion and behaviour; they tend not to cry, talk in order to process issues rather than feelings, and ‘do stuff’ as an outlet for their grief. Again, this may be characterised as ‘masculine’ grieving, but clearly there are women who grieve this way. Most of us are, of course, a mixture of both styles and we move along this spectrum according to circumstance.

Australian men are embracing a more open spiritual posture as they navigate this changing world. Initiatives like R U OK? and many others are showcasing ways of living without walls. Masculinity is dynamic and evolving, especially intergenerationally, and men seem less bound by assumptions about masculine identity and making meaning in the absence of religious affiliation. Spiritual, not religious, in their experiences of grief and loss.

[3] Kellehear, A., 2000. The Australian way of death: formative historical and social influences. In: A. Kellehear, ed. Death and dying in Australia. South Melbourne: Oxford University Press, 1–13.