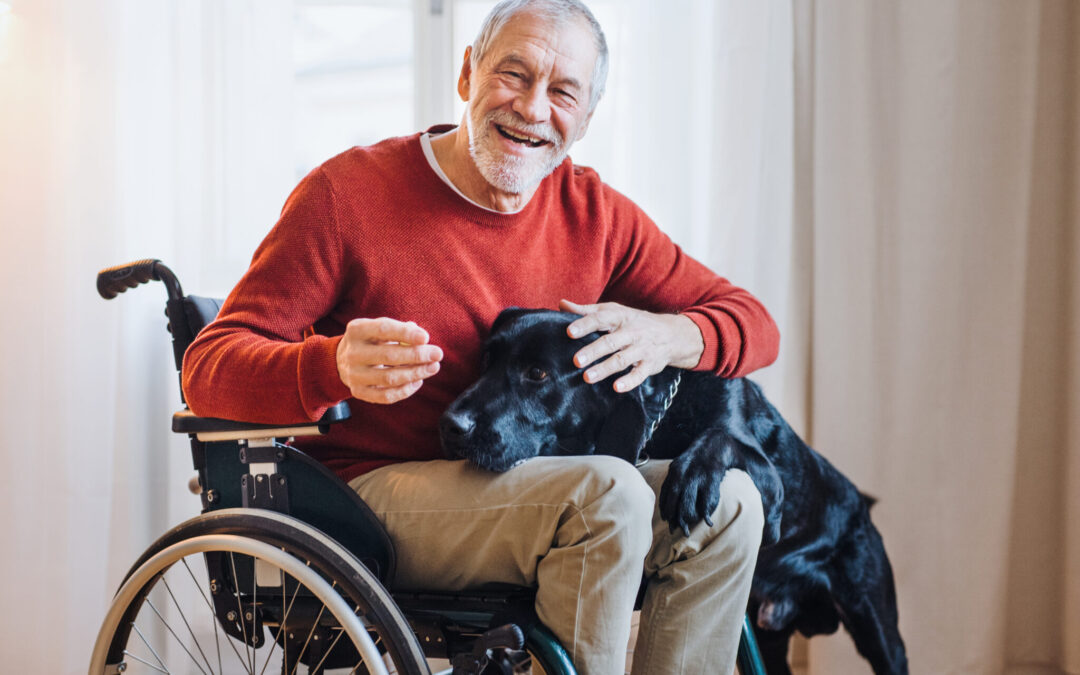 The debate is over – animals do have feelings and they can experience emotions and pain. Different animals may not feel things in exactly the same way that humans do, but scientists in neuroscience, biology and ethology have provided mounting evidence that humans are not unique in their emotional lives.

Of course, anyone who has lived with a companion animal doesn’t need a group of scientists to confirm what they experience every day with their beloved friend! But it’s not just our furry or feathered friends.

Did you know that bees have distinct personalities, exhibit basic emotions and learn by observing others? (Chittka, 2022). Nile softshell turtles will bat around a ball or play tug-a-war with their carers (Burghardt, 2013), just like a dog. A mother octopus will stop eating in favour of looking after her eggs, chasing away predators and fanning the developing offspring with oxygen-rich water, before dying of exhaustion once the babies hatch (Wang & Ragsdale, 2018). And Nile crocodile mothers help their babies to hatch, carry them in their mouths to water, then lurk nearby for about three months in case their babies call for help – just like mother cows, or sheep, or humans (Benyus, 2014).

Every day we’re learning more and more about feelings and emotions in a range of species, not just our much loved and more familiar companion animals.

Biologist and ethologist Marc Bekoff summed this up well: “the more we study animals and the more we learn about ‘them’ and ‘us’, the more we discover there is no real dichotomy or non-negotiable gap between animals and humans, because humans are, of course, animals” (Bekoff, 2005, p.12).

This sentiment was formally ratified in 2012 when a prominent group of scientists signed the Cambridge Declaration of Consciousness, which affirmed that humans are not unique in possessing parts of the brain complex enough to support conscious experiences. A significant number of nonhuman animals including all mammals and birds, and many other creatures, including octopuses, are sentient; that is, they feel what is happening to them and experience positive and negative states such as fear, play, anger, irritation, love, sadness, and grief (Birch et al., 2020).

Around two thirds of Australian homes include a companion animal (Hannink, 2020). They have captured our hearts and taught us about kindness, devotion, spirituality and what it means to love and be loved.

However, we not only share our homes and resources with our animal friends, but we can also share our emotions with them. This happens through a process called ‘emotion contagion’. Emotion contagion is a phenomenon that occurs when an animal observes another animal’s behaviour and emotional state, then shifts their own emotional state to match (Yong & Ruffman, 2014). This has been observed among many animals including chimpanzees, rats, mice, pigeons and chickens, but it can also occur between species.

Researchers Yong and Ruffman found that dogs will often check their human’s appraisal and emotional messages about a situation they are unsure of, then base their subsequent behaviour on their human’s reaction. You may have experienced this with your own animal companion when you’re feeling sad, and next thing they’re by your side looking worried and trying to comfort you. That’s emotional contagion – your animal companion is witnessing, experiencing and reflecting back your emotional pain.

However, with the joy of loving a companion animal also comes the painful awareness that their life journey may be shorter than ours. Sometimes it hurts so much we swear we’ll never let another companion animal capture our heart again. More than two decades of research supports the notion that grief over the loss of a beloved companion animal can be of equivalence to grief over a significant human relationship (Eckerd et al., 2016).

Among humans, grief has been described as serving the function of acknowledging what ‘was’, sadness at its loss, and re-structuring life in its absence (Gold, 2020). Part of that requires the process of bereavement where a person imagines a new future without the lost person or object they have lost.

In Western society there has been an increase in cremation and burial services for companion animals, as well as greater acceptance of continuing bonds expressions (for example, recounting fond memories, sharing pictures, and holding rituals and memorials – see works by Packman, Carmack and Ronen, 2012). “Rainbow Bridge”, a mythical overpass connecting heaven and Earth and where the grieving human will eventually reunite with their companion animal, has gained increasing popularity in memorials, companion animal loss blogs and associated products since the 1980s (Gardner, 2018).

There is increasing evidence that animals grieve too, be it for their human companion, or for another animal. There are many famous anecdotal stories of companion animals grieving their human carers, such as Greyfriars Bobby, the dog who spent 14 years guarding the grave of his beloved human in Edinburgh. Or Hachiko the Akito dog who met the train in Tokyo for nine years waiting for his human who had died at work and never returned home. Both dogs were cared for during their vigils and remain immortalised with statues at the respective sites. A 2019 news item described a dog who was found by his dead human’s side and had to be removed howling and crying. When she was unable to settle at the shelter, the shelter carers escorted the dog to her human’s funeral to say a final good-bye (‘She is still grieving’, 2019). Cats also grieve for their lost humans, sometimes hiding away, not eating, or lashing out in fear. Cats who are relinquished to animal shelters after the death or loss of their lifelong human companion may be difficult to rehome when their grief and confusion is misinterpreted as aggression or lack of ‘personality’.

There is now considerable evidence that animals can grieve each other too. Some animals develop lifelong bonds with their partners, kin or companions, and inevitably they are at greater risk of suffering when they lose that connection. Some risk their lives to get to, or save their loved one, while others may even die of sorrow. Bird behaviour specialist Gisela Kaplan (2019) told the story of two princess parrots. When one witnessed her life-partner being killed by a predatory bird, shortly afterwards she literally dropped off the perch and, despite being unhurt herself in the attack, was dead within a few hours. Researchers have identified that Zebra finches, a gregarious bird that forms lifelong monogamous pair bonds, sing less after losing a partner and have increased levels of the stress hormone Cortisol – the hormone associated with human grief – in their bodies (Perez et al., 2012). Marc Bekoff described the wolf pack who no longer howled as a group, rather “sang alone in a slow mournful cry” when grieving a lost member (2007, p.68), and the female fox he observed burying her dead partner in the woods.

The social behaviour of elephants, long recognised as an intelligent and emotional species, includes excited reunion activities such as tactile greetings and contact rubbing after any separations (Rutherford & Murray, 2021). However, when death prevents this reunion elephants display a range of behavioural symptoms, including facial glands that stream with emotion (Safina, 2015). Ecologist Carl Safina believes elephants are a ‘who animal’ meaning that who dies and the survivor’s relationship to the deceased, is what triggers a response. The death of a matriarch can trigger a strong psychological response, as described in the death of matriarch Eleanor. When she collapsed, another matriarch Grace lifted her gently to her feet, but Eleanor collapsed again. Grace stayed with Eleanor during the night as Eleanor slowly died, then remained by her side as Eleanor’s family, another family, and Eleanor’s close friend all came to spend time with the body. This ritual went on for a week (Safina, 2015).

There are many more examples of animals grieving for their friends, both human and animal. Anyone who has lived with companion animals knows that where a bond has formed between two or more animals co-habiting in a household – irrespective of species – the behaviour of the remaining animals may change dramatically as they grieve their missing friend.

We’ll never know for sure what an animal is feeling, just as we can’t know for sure what another human is feeling. However, as science increasingly validates that animals do feel – something animal lovers have always intuitively known – the important question to ask is what this knowledge means for animal welfare in the twenty-first century.

Dr Vicki Hutton received her PhD from Monash University in Applied Psychology. She is an Associate Professor working in Counselling Psychology and has an active interest in animal welfare and conservation. Dr Hutton is a published author in human-animal relationships, including ‘My dog is the first one I talk to…’ – Companion animals as ‘therapeutic agents’.

Gold, J.M. (2020). Generating a vocabulary of mourning: Supporting families through the process of grief. The Family Journal: Counseling and Therapy for Couples and Families, 28(3), 236-240.

Read more from our newsletter here.