A Parable of Flight 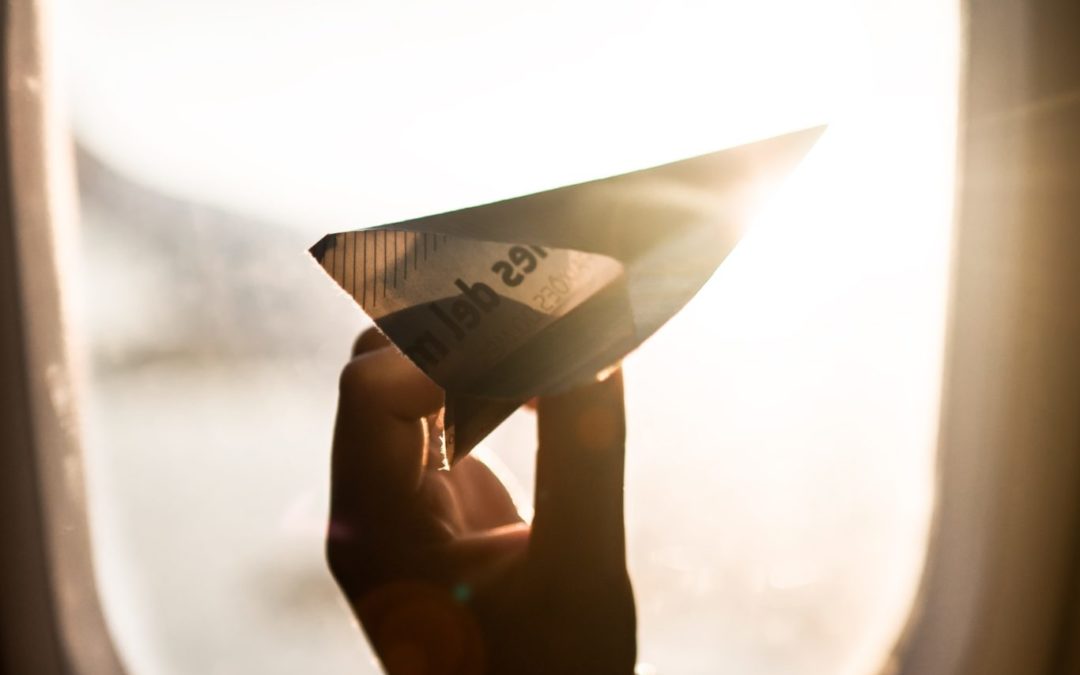 I regularly visit Andrew (pictured below with the author) who is a single man and is in permanent care at The Lodge. He is in his 90s, is highly cognitive, highly intelligent, but with complex health issues and is a 2-3 assist (little mobility and finds it increasingly difficult to weight bear).

He is somewhat of a polymath, was a geologist in South Australia and, is a seasoned conversationalist. Andrew has a natural ability to paint moving pictures with words of worlds long forgotten; if you allow him time he transports you, in time. He takes you back to a room in post-war Adelaide University where the lecturer of this first year geology class is Sir Douglas Mawson. He takes you on a windswept field expedition with the tall, strong, elderly figure of Mawson leading the half dozen all-male undergraduate geologists over the rocky ancient glacial remains at Hallet Cove.

Andrew will also take you on exotic mathematical and astronomical expeditions of the mind and present you with heady philosophical conundrums and giggle wildly at their complex beauty and intoxicating mystery. On one occasion recently Andrew demonstrated how pre-Revolutionary Russian peasants, who were not able to multiply or divide, could nevertheless, make highly complicated calculations by ‘casting out 9s’. On another occasion he explained the form of aerodynamics that makes aircraft flight possible. 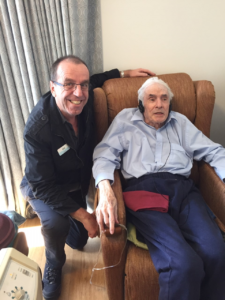 What captivates me is not only Andrew’s scientific mind but also his capacity for existential child-like passion and delight. Andrew is also sight and hearing impaired. He told me one day about his daily struggles with loneliness and the very few people with whom he can really communicate. When there is an encounter of two essences, he lives in the moment. When there is a tuned-in dialogue partner, he comes alive. When there is someone who can cross that threshold from empathy to interpathy, he is transformed from the limitations of his room and his physical decline. He gives me ideas.

The next day I walk into his room with two of my best paper gliders I had learned to make as a child. These are rippers! I say to Andrew, hey I’ve got something here I think you’ll like. (I am hoping like crazy my hunch is right!)  So, picture this: Andrew is ‘living’, as usual, in his ‘comfort chair’ behind his crowded over-way table. I say I am going to need to leave your door opened out to the passage way for this. So I am standing alongside him. He watches me launch this glider and it flies straight and long, very long, landing 20 feet out in the passage way. Well, I was not quite expecting his convulsive squeals of affirmation. Now I place his plane on his table. Without hesitation, Andrew fiercely presses down on the over-way with his thumbs. Almost miraculously every sinew of his body, slowly but surely, elevates him upright. With one hand on the table he takes the plane, launches it and it flies and, it flies and …. it even bypasses my landing spot. He shrieks with joy and states: I must have made a hundred paper planes as a kid and I could never get them to really fly; to fly like I know they can fly! So, there the two of us stood for the next half an hour, transcendent, standing and flying, like two little boys, standing together … forever.

Kim works with Meaningful Ageing Australia as an Educator, and with Eldercare as a Chaplain.